As the title already mentions, this new release by Funklow. is absolutely majestic. The track has already been supported by major artists like Don Diablo in his Hexagon Radio #50 and has been premiered by House Nation on YouTube! Be sure to stream it on Spotify here to support this talented producer or watch it on our YouTube channel.

This young talented producer from the south-east of the Netherlands has already made a big appearance in the EDM industry. His collaboration with French producers KnightHood has already over 745.000 plays, which is not bad for a producer with just over 500 likes on his Facebook page. With this follow up track it is possible to come close to these numbers again. Just days after one and only Don Diablo heard it he decided to give it a place in his Hexagon Radioshow, which is broadcasted in over 35 countries across the globe. With this release Funklow. is ready for the next big step.

The sound that can be used to describe this track is majestic. It also reminds some people of the artist Madison Mars, which recently got signed to Hexagon Records. “Don’t Fake The Funk.” brings a fresh and energetic sound to the tracks we hear daily. The combination with the drop melody and vocal cuts in the break make this track truly remarkable.

A collaboration of networks

We’ve released this amazing Future House track in collaboration with Futurized, a brand new label that brings exclusivity and quality to the scene. Therefor it’s a logical choice for co-label owner Funklow. to release this beautiful track on his own label. We are very close with this great label in general and therefor we decided to do a little promotional work for them by sending it to our contacts on YouTube. The track was received so well that House Nation decided to premiere it to their channel two days before release.

With the collaboration of networks we want to show our following producers that Future’s Finest can be way more than only a promotional channel on YouTube. We collaborate with labels and artists so they have the best possible reach for their tracks. Wether this is on YouTube or Facebook, that does not really matter for us. Tracks that deserve to be featured to a bigger platform will get there through the Future’s Finest network.

Stream and download the full track below on our SoundCloud player. 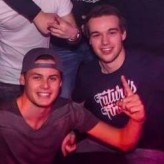